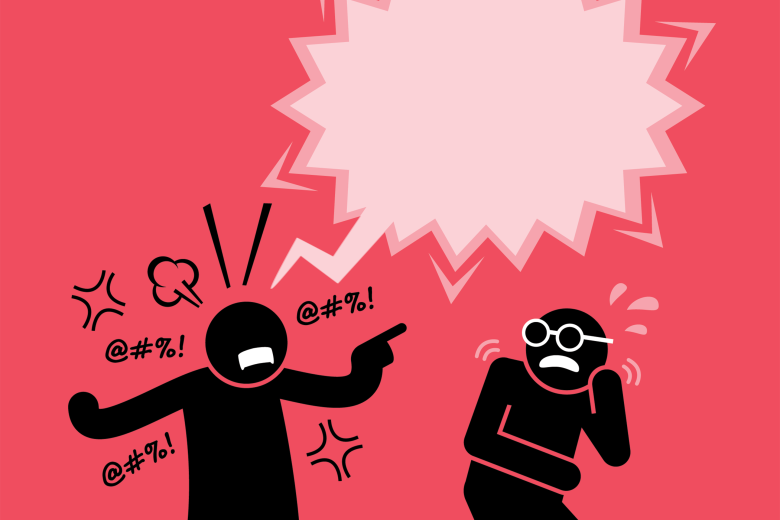 The fake conservative love of free speech is really a defense of hate speech. What other kind of speech is being repressed these days?* They try to frame it as a defense of “all” speech because that’s the only remotely plausible way to defend extreme hate speech, bullying, white supremacy, Nazi rallies, racist propaganda, efforts to recruit and radicalize the disaffected, etc. They will also cynically use “free association” for the same purposes.

This is a classic example of Popper’s paradox of tolerance (which they mock even as they exploit it). 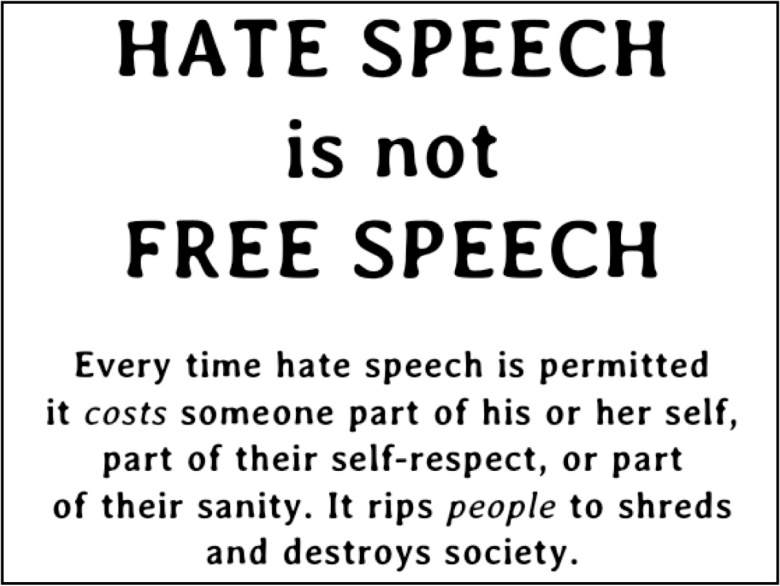 My view is that hate speech is a a form of aggression with a slippery slope towards violence and murder. That particular slippery slope concern has a detailed historical warrant vis a vis open democratic societies. Its not theoretical fear mongering. Hate speech >> fighting words >> incitement to violence >> violence.

IMO the legal and institutional brakes on that progression are in about the right place today, but the radical right wants to cut those brake lines, and too many naive conservatives and liberals are giving them support under the false flag of free speech.

Is there any warrant whatsoever that *regulating* hate speech is a slippery slope? I’m not aware of any, and thus that argument is a fallacy (fear mongering, etc.). It is entirely theoretical as far as I know, by which standard everything is a fatal slippery slope.

Jordan Peterson and his ilk may or may not be radical right fanatics themselves, but at the very least they are useful “idiots”; recruiting tools in the early stages of radicalizing “lost boys” whether they know it or not, whether they admit it to themselves or not. Their blend of benign and malignant stereotypes, tropes, myths, and sex/race pseudoscience (biological essentialism) is the perfect fishnet and on-ramp to more extreme radicalization.

Losing its grip on the mainstream and becoming a counterculture is precisely what has the current generation of conservatives so agitated and subversive. They want good social order on their terms only. They utterly reject a modern, cosmopolitan/multicultural framework in which countercultures become peacefully coexisting subcultures.

Defending their own hate speech (and no one else’s free speech) is the only real reason for conservatives making much ado about free speech these days.
—-
* The cynical fraud (hypocrisy is too weak a word) of conservative free speech is also seen in the ways they try to smear and bully those like our freshman female Congress people who call out racism, sexism, and radical right Zionism in Congress and the Executive branch. If progressives criticize far right Israeli lobbies they are falsely smeared as anti-semitic. If they criticise the GOP’s use of racist props and tropes they are smeared as reverse racists. College students and faculty that oppose racists, homophobes, and fascists speaking, recruiting, and organizing on campus are also smeared as being weak, “coddled” (Haidt), or ironically authoritarian. This is not just a matter of conservatives defending a free and open marketplace of ideas. They try to use any lever of power they can get their hands on to silence their opposition. The recent executive order on campus free speech is a case in point. They would gladly block funds for cancer or climate research to protect hate speech and psuedoscience on campus.

====
Note: I’m not saying there aren’t many low-information conservatives (and some confused liberals) going along with this naïvely. But where such ignorance is at all willful ignorance, it is complicity.

Many hate speakers are victims of childhood abuse, neglect, insecurity and such. Hate speech may be a symptom of clinical or sub clinical PTSD.

Hate speech defenders and enablers are harder to figure. In some cases they just have a naïve idealism about absolute free speech. Some are simply sympathetic with the hate speaker. More often I think they share the sentiments of the hate speaker but lack the courage to be outspoken haters themselves.

That suggests quite a range of compassionate interventions. I don’t want to give up on anybody, but some of these haters should not be walking around without adult supervision. I don’t want to neglect fascism and radicalization and let them grow like mold until we are forced to fight them with lethal disinfectants.
====

I welcome any conservatives, libertarians, radical centrists, etc. who want to debate this with me. In fact, I fucking dare you. But I’m NOT going to give anyone the right to make gish-galloping rants on my page. If you disagree with more than one point I’ve made, state your questions/objections/claims one at a time, in one comment/reply for each. Or you can make up to 3 points per comment if you number each point. Otherwise I may delete your comment without reply. If you are too boorish I will block your sorry ass.

What should I do if I hear that the theater I’m sitting in is on fire?

What if I’m convinced that a tyrant has taken control of my government?

When people cry “tyranny” in the media (our modern theater) what should the rest of us, we the people, do?

When is a  “Second Amendment remedy” in order?

Doesn’t any true revolutionary contemplating “Second Amendment remedies” (you may see a brief ad before the main clip) fully expect to risk life and liberty for standing up against real tyranny?

At the signing of the US Declaration of Independence on August 2nd 1776, Benjamin Franklin famously said, “We must all hang together, or assuredly we shall all hang separately” meaning that if they did not band together in the fight against the British, they would all be hanged separately.  They didn’t expect to go on with their lives, business as usual, if their revolution failed.

People today accuse our government and our president of tyranny and expect to go right on with business as usual. Does that expectation make any sense?

On the other hand, if we the people are offended by shrill charges that our duly elected government is guilty of tyranny, and we revoke academic and professional credentials, audit taxes, impose fines, or put the speakers in jail for such inflammatory claims, would that create a slippery slope down which we might all slide closer to actual tyranny? Or would it help to protect a legitimate government from misguided extremists or bad-faith fear-mongers with hidden political agendas?

Does it make sense for society to impose consequences on such speech, or must we wait for the “Second Amendment” gunfire?

In a case of true tyranny, anti-incumbent, anti-establishment, and minority voices would immediately be “disappeared” into secret political dungeons.  Fortunately for all concerned, when charges of tyranny go unanswered and unpunished, it is a good sign that no tyranny actually exists. Thus a healthy liberal democracy will usually err on the side of permissiveness when it comes to inflammatory and even revolutionary speech.

But those who casually throw “tyranny” around in the media should remember the prohibition on shouting “fire” in the public theater and not feel too certain that the public will tolerate such speech ad infinitum and ad nauseum.

Their false bravado and sanguine expectation of impunity betrays the lie in their phony “revolutionary” speech. That is self-evident to most mature and rational people.

Unfortunately, not everyone in the media audience has such emotional maturity and intellectual good judgment.

Whenever and wherever politically motivated violence breaks out, all those who have cried tyranny and called for violent revolution in the public theater (even in veiled metaphors) must be rounded up, prosecuted, and hung (figuratively or literally) as accessories and co-conspirators.

The honorable Founders of this nation, and all true revolutionaries, would expect no less. But any false revolutionaries, corporate stooges, and mercenary political saboteurs remaining might sit down and shut the fuck up.

As one who identifies strongly with the traditions and principles of true revolution, that would please me.

What if the Tea Party was black?

Logical Fallacy of the day:

How about this logic: Money is speech + Speech is free = Money is free

The US Supreme Court seems to have based their Citizens United decision on that venerated principle of jurisprudence, “money talks”.

But if “money talks”, why is money = speech a false equivalence or false analogy? Because money is to speech as gasoline is to fire–

In the real world money is not speech. Money is property!

They say “talk is cheap.”  I guess its time for each citizen to “put his money where his mouth is”. So just how much does a Supreme Court opinion cost now?