“…it is remarkable that Secretary of State John Kerry was meeting, on Sept. 11, with one of his predecessors, Henry Kissinger, reportedly to discuss strategy on forthcoming negotiations on Syria with Russian officials. The Kerry-Kissinger meeting, and the public outcry against the proposed attack on Syria to which both men are publicly committed, should be viewed through the lens of another Sept. 11 … 1973.”

“Kissinger’s role in plotting and supporting the 1973 coup in Chile becomes clearer as the years pass and the documents emerge, documents that Kissinger has personally fought hard to keep secret. Peter Kornbluh of the nonprofit National Security Archive has been uncovering the evidence for years, and has recently updated his book, “The Pinochet File: A Declassified Dossier on Atrocity and Accountability.” Kornbluh told me that Kissinger was “the singular most important figure in engineering a policy to overthrow Allende and then, even more, to embrace Pinochet and the human-rights violations that followed.” He said that Kissinger “pushed Nixon forward to as aggressive but covert a policy as possible to make Allende fail, to destabilize Allende’s ability to govern, to create what Kissinger called a coup climate.” — Kerry, Kissinger and the Other Sept. 11 by Amy Goodman, truthdig.com 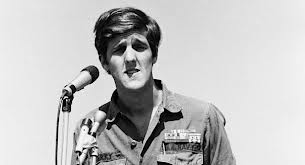 « Is happiness a warm gun?
The Internet, Global Governance, and the Surveillance State in a Post-Snowden World (The Internet is Not Your Friend, Get Over It) »
Loading Comments...
%d bloggers like this: