How your last name will doom your descendants centuries from now 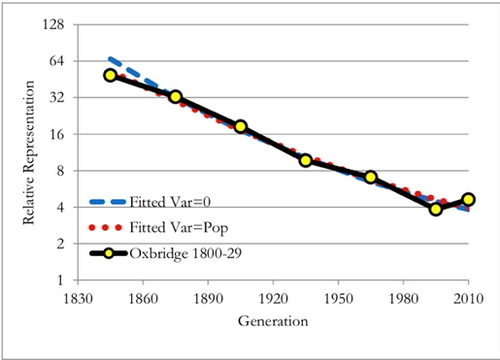 They found that in both countries inheritance explains 49 percent to 64 percent of where you ended up in terms of social status. This is true whether you look at wealth, life expectancy or college attendance. In 2011, descendants of poor Britons from 1800 lived 2.3 fewer years, on average, than descendants of rich Britons from 1800. Families who were overrepresented at Oxford and Cambridge in 1830 were still overrepresented in 2010.

There are a few takeaways here. One is that family status could be more powerful than past measurements have suggested. Clark and Cummins note that their estimates suggest that family background has a much bigger impact on social status than previous studies have found. Another is that genetics likely has little to do with those results. Clark and Cummins studied surnames across eight generations. So, two people with the same surname in 1800 and 2011 would only share 0.58= 0.4 percent of their DNA.